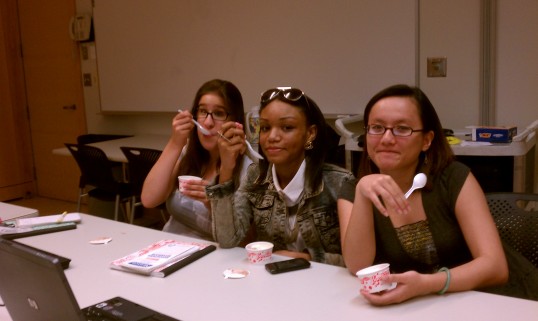 The Apprentices of the Twain Studios told Master Teaching Artist Jackie Majerus last week that they didn’t know what a Hoodsie was, so she decided that had to change, and fast. A box of Hoodsies, which, for the uninitiated, are cute little cups of delicious New England chocolate and vanilla ice cream, appeared Tuesday afternoon.

At that point, the Apprentices revealed that indeed, most of them had sampled Hoodsies in the past; they simply didn’t know what they were called. WHEW!

Posted in Uncategorized and tagged Hoodsies