Apprentices Get Behind the Mic

Sit down at the table, adjust the microphone, breathe in and out, and read your script.

The first time we went to WNPR we just were on the set of a radio show. Seeing the last-minute preparations was interesting. Everyone came into the studio about three minutes before the show went on the air.

The host, Colin McEnroe, and three others had fun while working. They spoke about binge watching that has become popular.

But on our second visit to the station, we were able to see what it’s like to be behind the microphone. The other apprentices and I each recorded a piece of our own work inside a studio.

Opening the heavy, soundproof door, I was anxious and a little nervous when it was my turn to record my work about the strong librarian, Josh Hanagarne.

It’s not as easy as it may look. We helped to encourage each other.

Hearing my voice was weird. A lot of us didn’t like hearing our voices.

It took me multiple times to get it right. I had to make sure I wasn’t talking fast, that my voice was projected and I was speaking with expression.

After Senior Producer Catie Talarski edited our recording, we helped each other choose what music would sound good with it. We selected from a variety of music on the studio computer.

I decided that I wanted a song that was a little upbeat.

Recording was one of my favorite things we did this summer. It was a new and good experience going to WNPR. 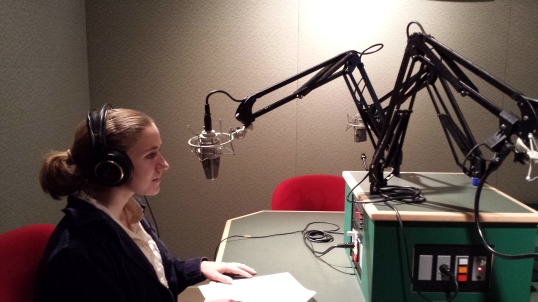 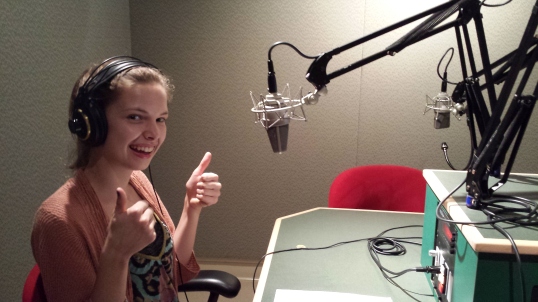 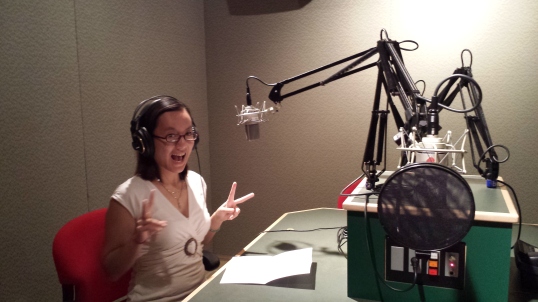 This Wednesday: Unveiling our Publication

All summer we’ve been putting together a compilation of artist statements, articles, essays, and photos– and you have one chance to get your hands on this very-limited-edition publication. Come get your copy and meet our apprentices at our Neighborhood Studios share.